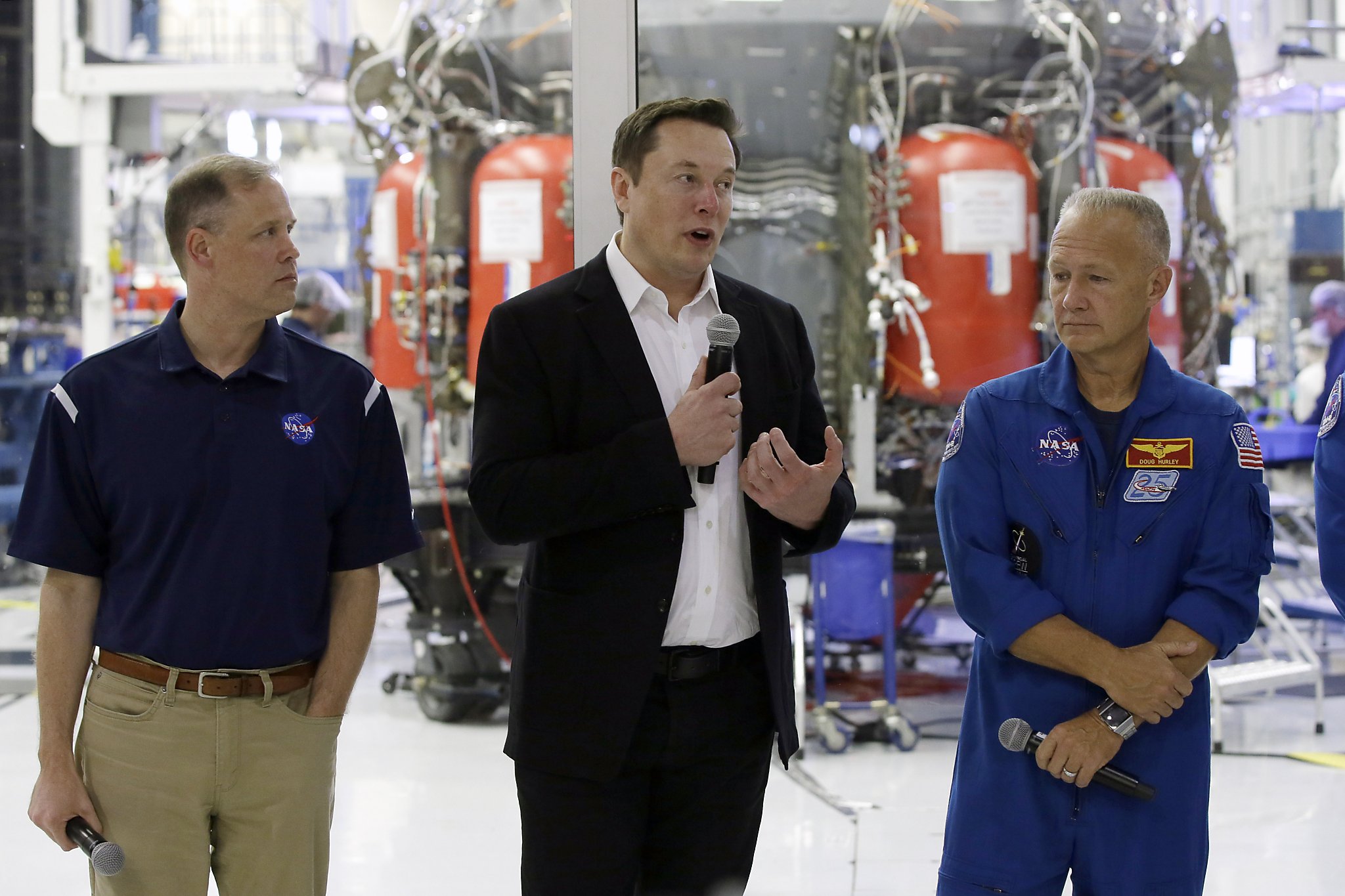 A visit by the NASA administrator to a rocket factory is usually a predictable show-and-tell of the latest gadgets destined for outer space.

But there may have been some tension below the surface last week when the current administrator, Jim Bridenstine, stopped by the headquarters of SpaceX, the private rocket company of billionaire Elon Musk, in Southern California. SpaceX is a major contractor for NASA.

He and Musk had been exchanging nettlesome messages for two weeks, and the visit might have been as much about smoothing over ruffled feelings as viewing space hardware.

Taking questions from reporters, both men were complimentary toward each other and said they shared the same goals: to launch NASA astronauts to the International Space Station on SpaceX’s Crew Dragon capsule as soon as possible, but not before the spacecraft had passed all of the needed tests.

“We’re honored to partner with NASA to make this happen,” Musk said. “This is a dream come true, really.”

The relationship between NASA and SpaceX has sometimes been fractious. The two are frenemies — odd, co-dependent bedfellows with shared dreams of pushing outward into the solar system, a cantankerous couple that cannot live with or without each other.

Absent NASA’s help and contracts over the past 13 years, SpaceX would not have become a powerhouse dominating the business of launching satellites to orbit. In return, SpaceX offers NASA cheaper costs for taking cargo — and in the coming months, perhaps, astronauts — to the space station.

But Musk has sometimes complained that NASA’s meticulous safety reviews were holding SpaceX back, while Bridenstine appeared to be wondering whether Musk’s dream of future Mars colonies was distracting the company from its obligations to NASA.