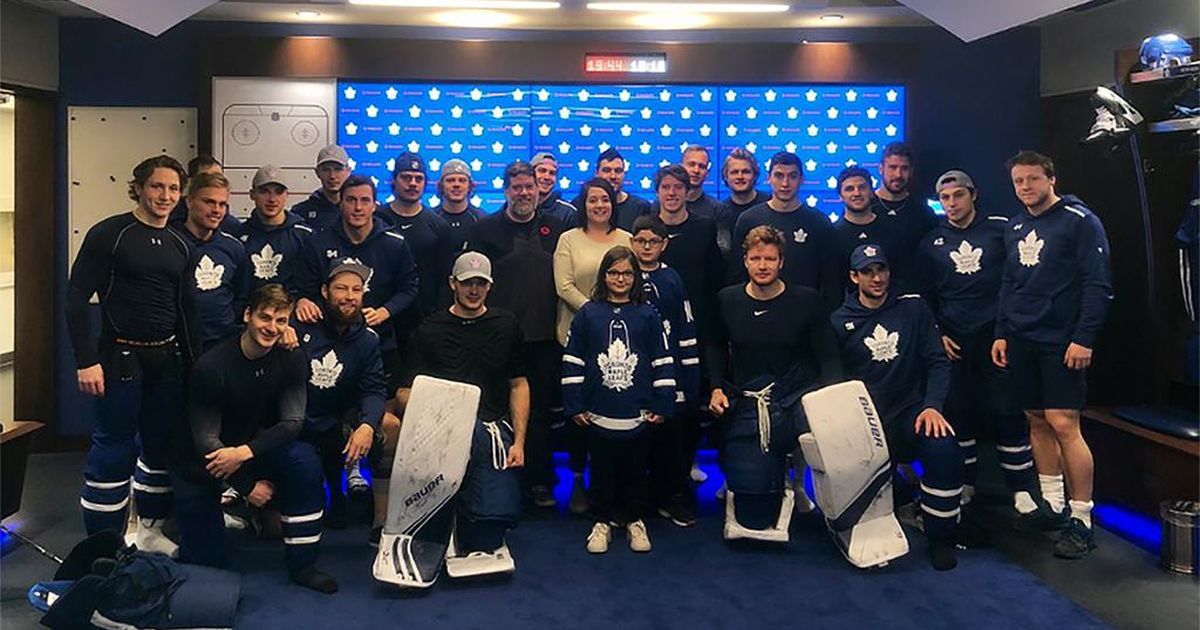 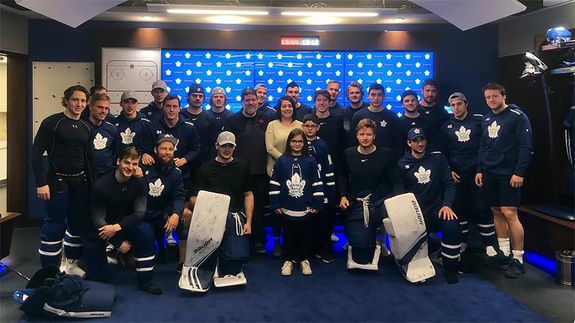 A young hockey fan just had what might be the best birthday do-over in history.

Kade Foster, an 11-year-old Toronto Maple Leafs fan, got the chance to celebrate his birthday with his favorite hockey team one week after his dad's tweets went viral, and it's just as heartwarming as you'd expect.

The celebration came about after Kade's father, Jason Foster, tweeted a photo from his son's planned birthday party, where none of his friends' showed up. Jason turned to his Twitter followers asking if they could share birthday wishes.

My son Kade had his 11th birthday party last night. None of his invited friends came. That hurt. I’m asking my Twitter friends to show him some love today. If you have a minute, please send him a birthday wish@Marner93 @91Tavares @MapleLeafs #LeafsForever pic.twitter.com/kn0vP1l6z8